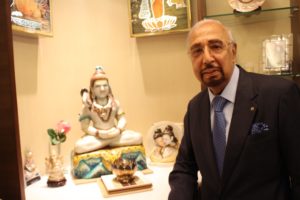 As Hong Kong’s preeminent Indian family, the Harilela’s have played important social, cultural, and civic roles since they moved there in the 1930s.

This famous family founded by the late Dr. Hari Harilela today continues to advance Hong Kong with competent family members leading in all sectors from hospitality to public relations to media, and more.

One of them is Gary Harilela, a younger brother of Dr. Hari Harilela. He is currently vice-chairman and director of the Hariella Group.

The Peace Post spoke to him about his reflections on Hong Kong and his hope for its future.

Back to the Future

Gary Hariela: In 1985, when they announced the Handover this was a great surprise for all of us, all of Hong Kong people. Hong Kong then was successful, and everyone expected that the lease would be extended. Nobody even thought about this.

“Hong Kong in those days was more conservative, not so open. It was managed very well by the British. It had a good relationship with China. We thought the lease would be extended by 20 years, not 50 years. So the news came as a surprise, no doubt about it.”

“Money is of course necessary, but face is more important. Now, my brother felt and said to us brothers, that Hong Kong is not a burden to China. It is quite valuable to China. He thought with the Handover, that China could do better with it. Because of face, they would really support Hong Kong. So this helped us in our confidence in joining China.” 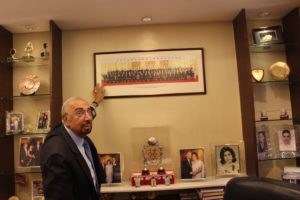 Gary Hariela: The memory was of course of the British administration and our freedom of speech, law and order, and freedom of business. We thought maybe there would be some differences on that—even though the Basic Law assured us that there would be no change in Hong Kong. We felt that it would remain the same, that we would be autonomous, that we would rule ourselves.

“At that time, we thought, yes, there will be some changes. But what changes? That was the thought that evening [of July 1, 1997]: that everything will be in the Basic Law.”

Gary Hariela: I am actually one of the election committee members of the Basic Law—I was with my brother Hari.

“At that time, 8,000 names went from Hong Kong to Beijing to only select 400. And our family is very proud, because were the only Indians in the whole 400. And from the same family! That showed they had great trust in our family and felt we are Chinese. We we’re born here. We are part of Hong Kong. So that was a special moment for our family.

“Before that, my brother Hari was one of the members of the preparatory committee of the Handover. He was also on the committee of the Basic Law. After that, we were quite confident they would keep One Country, Two Systems going.” 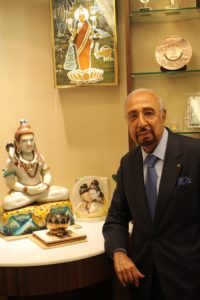 Gary Harilela: What has really changed in Hong Kong over he past 20-years is the great support we got from China. The support was there. Because the economies of the western countries were effected, tourism from these countries decreased to Hong Kong.

“The question of survival from this arose: How is Hong Kong going to survive? We depend on tourism. Without tourism, the general public here cannot survive.

“Business people want export business are generally alright. But those who own hotels and restaurants, and small shops, they need tourists to come.

“At present, I think last year we were getting over 27 million tourists in Hong Kong, the majority of these from China. So that has helped Hong Kong.

“You can see business flourishing, more restaurants are opening up. You can see a lot of tour busses on the road. That is something we need.”

Gary Harilela: The majority of the youth of Hong Kong understand that China is important. That China supports Hong Kong. Some have made noise. But freedom is not throwing bananas in LegCo and defying law and order. “

Gary Harilela: We should channel some money for housing to help. Because the youth can’t all afford the expensive houses of Hong Kong. This does not give them hope, and we must help them and give them hope. This is something the present government should tackle. We must give them affordable housing.

“I was surprised to read in the newspaper that they are building more flats that are smaller and smaller. How can people live like this? Look at Singapore. They help with housing. When someone works hard they go home, they at least have eleven hundred square feet for their family. So they are relaxed.

“So if we in Hong Kong build smaller flats, this is going to be a problem. My suggestion is to stop this. Stop it. I know everybody in the government after living here for many years, and I will emphasize this to them.

“We’ve invested in Hong Kong and China with our Holiday Inns, like in Chengdu. We are building a new hotel now in Hong Kong.

“We are not politicians, we don’t want to be. We only want to do business. We see a bright future.” 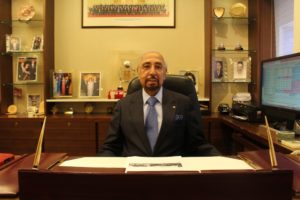 Wish for the next 20 Years

Gary Hariela: I wish that Hong Kong will continue the same way with One Country, Two systems, with this freedom, law and order, and the feeling that we belong to China. We all should unite in Hong Kong to tell China we need more support for the local people for housing. Maybe give us some extra land so we can build low cost housing. 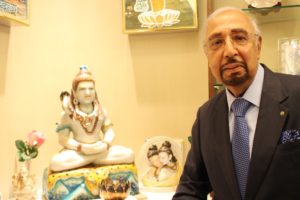