People to People on One Belt, One Road 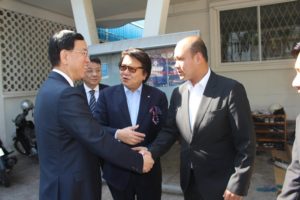 “We’re developing the people to people point on the One Belt, One Road Initiative,” says the Honorable Hun Many, a member of the Cambodia Parliament and President of the Doctor Alliance of Union Youth Federation of Cambodia (DA-UYFC), to a delegation of healthcare professionals from Beijing, Macau, and Cambodia. 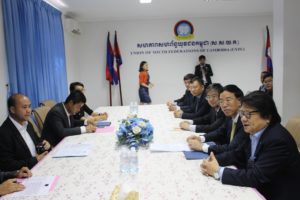 Indeed, three weeks ago, Hun Many was in Beijing with his father, the Prime Minister of the Kingdom of Cambodia, Hun Sen, as part of their country’s commitment to a new global infrastructure and development program inked between China and 30 countries—the One Belt, One Road initiative. 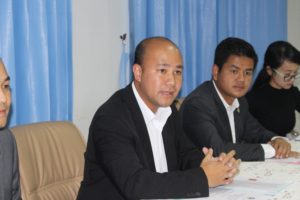 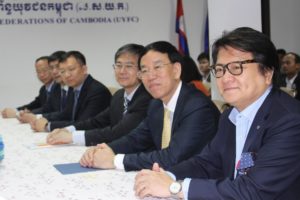 That same week, leaders from the Faculty of Health Sciences at the Macau University of Science and Technology (MUST) and Peking University Peoples’ Hospital, also took steps to move forward with a blueprint to launch of the Regional Healthcare Outreach (One Belt, One Road)—with cooperation in healthcare in Cambodia as their first stop. 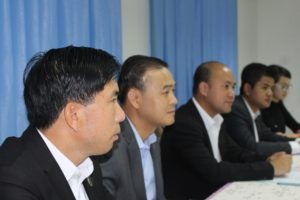 One such individual was Dr. Billy Chan, Co-Chairman of the Macau based Regional Healthcare Outreach (One Belt, One Road), and Director of the Center for Medical Excellence at the Faculty of Health Sciences at MUST.

Dr. Chan led from China a powerful delegation to meet the Hon. Hun Many and his team in Phnom Pen. These Chinese doctors in the delegation included Mr. Zhang Guoxin, Director General for the Center for Public Health Emergency of the National Health and Family Planning Commission (NHFPC) of the People’s Republic of China, and Prof. Jiang Baoguo, President of the Peking University Peoples’ Hospital and Chairman of the China Alliance of Trauma Care. 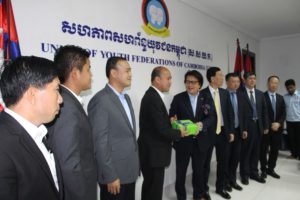 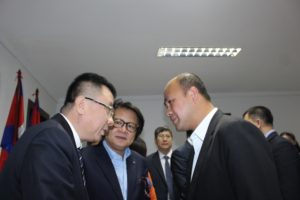 In essence, the morning meeting between the Chinese and Cambodian doctors led to a tacit agreement to engage in training with Prof. Jiang’s heralded China trauma and traffic program that is in place in over 100 Chinese counties. This enhanced communication medical system will be welcomed and discussed according to the needs and aims of Cambodian doctors. 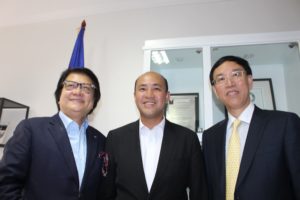 Said the Hon. Hun Many, “I look forward to more than an MOU to setting stages that we build on and achieve things beyond words.”

Said Dr. Chan, “We are so honored to be here working with the needs of China and Cambodia to work in sharing a new vision of medical training.”

Dr. Chan added, “I can see so many young people in this country. As the Honorable Hun Many pointed out, over seventy percent of this country is under the age of thirty-five. The youth are the future, and I can’t wait to work with them.”

The next few days will see more scientific and medical dialogues between the groups to see how Chinese and Cambodia doctors can work further on specific strengths—going beyond roads and roads, from people to people, and hearts to hearts.