Meeting of hearts and minds in Manila 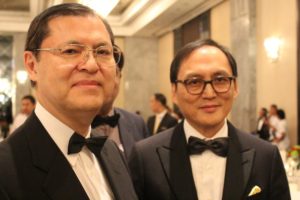 The Sino Asia Pacific Medical Forum in Manila, Philippines today is witnessing a special meeting of hearts and minds.

Here in Manila the two have met and exchanged words for global peace—Mr. Hiromasa Ikeda is representing his father Mr. Daisaku Ikeda, who is over 90-years old and resting.

Mr. Ikeda says, “Because we are currently living in a world of division, it is extremely important that we don’t lose our hope in working for peace. We will create unity and solidarity with the peoples of the world. In that sense, I think this event has significance in giving us the hope to never give up.”

For members of Soka Gakkai International, Mr. Ikeda says, “It is the SGI philosophy to work toward our ideal of creating unity within our world, transcending national borders, and transcending various cultural and ethnic differences. In that sense, the philosophy of the medical peace deeply resonates with ours.”

Indeed, Professor Manson Fok’s Sino Asia-Pacific Medical Forum, based in Macao, China is working hard to bring together the finest medical minds to address healthcare concerns arising in the Asia Pacific region. Last year it launched in Manila and Macau with a special communiqué signed by former Portuguese general and president Eanes. Since then it has donated HK$ 500,000 in sonograms to doctors in Cambodia, as well as hosted a global medical conference with doctors from Africa, Asia, and Europe in Porto, Portugal.

Comments Dr. Fok, “I think we of the Sino Asia-Pacific Medical Forum are very fortunate. They are clinicians and experts in their fields. When you put them in one room to share their expertise is a tremendous message that they give to the audience, and also the doctors attending from the Philippines.”

Dr. Fok continues, “For this year, we actually have a very strong contingency from the People’s Republic of China. Dr. Jiang is from Beijing, from Peking University Hospital. It is one of the finest in China. He is an expert in the field of trauma medicine. He was here yesterday at the forum and was very well received.

Regarding the strengthening Sino-Philippine ties in the light of refreshed relations since the election of Rodrigo Duterte as president of the Philippines, Dr. Fok tells the Peace Post, “I think that human contact is very important. As you know, Chinese and Philippines people have been friends for many, many years. You can feel the fellowship that we have when we share a similar platform in the field of medicine, because when we talk about treating patients, there’s really know differences in nationalities, no differences in borders.”

Prof. Fok adds, “We face the same problems and we help each other. This is the spirit of the Asia Pacific Medical Forum.”

This sentiment resonates with the tenor of what his eminence Daisaku Ikeda has said in the past, “In the end, peace will not be realized by politicians signing treaties. True and lasting peace will only be realized by forging life-to-life bonds of trust and friendship among the world’s people. Human solidarity is built by opening our hearts to each other. This is the power of dialogue.” 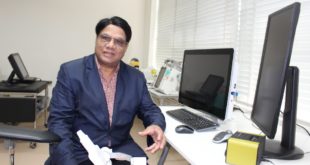